"The unknown of the week"

«The unknown of the week»

The events took place on Ignacio L. Vallarta Street. One of them was found dead on the street in front of a nightclub; the other was taken to hospital but died minutes later.

No more injuries were reported, however there are many versions of what happened.

There is no precise information on what happened early today, Tuesday, October 27.

Under all the uncertainty that we live today, not only with this new news, if not with the activation of the emergency button in the state of Jalisco, this is what we know about it.

Enrique Alfaro reported that “on Wednesday the decision will be made whether or not to press the emergency button, according to the evolution of infections on Monday and Tuesday

⁃ This week reached 396.7 active cases per million inhabitants, the limit being 400, and the level of hospitalization reached 24.4 percent, although the limit is 50 percent. Despite everything, Jalisco has the third accumulated infection rate and the sixth lowest mortality rate in all of Mexico ”explains Enrique Alfaro, Governor of the state of Jalisco 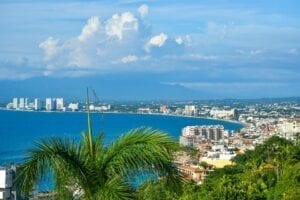 More news on the subject will be available on Wednesday, October 28.

So far the activities in Puerto Vallarta continue as normal.

Thanks to compliance with hygiene and sanitation standards, Puerto Vallarta received the Safe Travels seal, a distinction issued by the World Travel and Tourism Council which guarantees travelers that companies and establishments that are part of our destiny, they have adopted the strict protocols dictated by this council and in line with the recommendations of health experts.

Keep taking your precautions, and stay safe and prepared.

Page Images from Our 2022 Gastro Guide